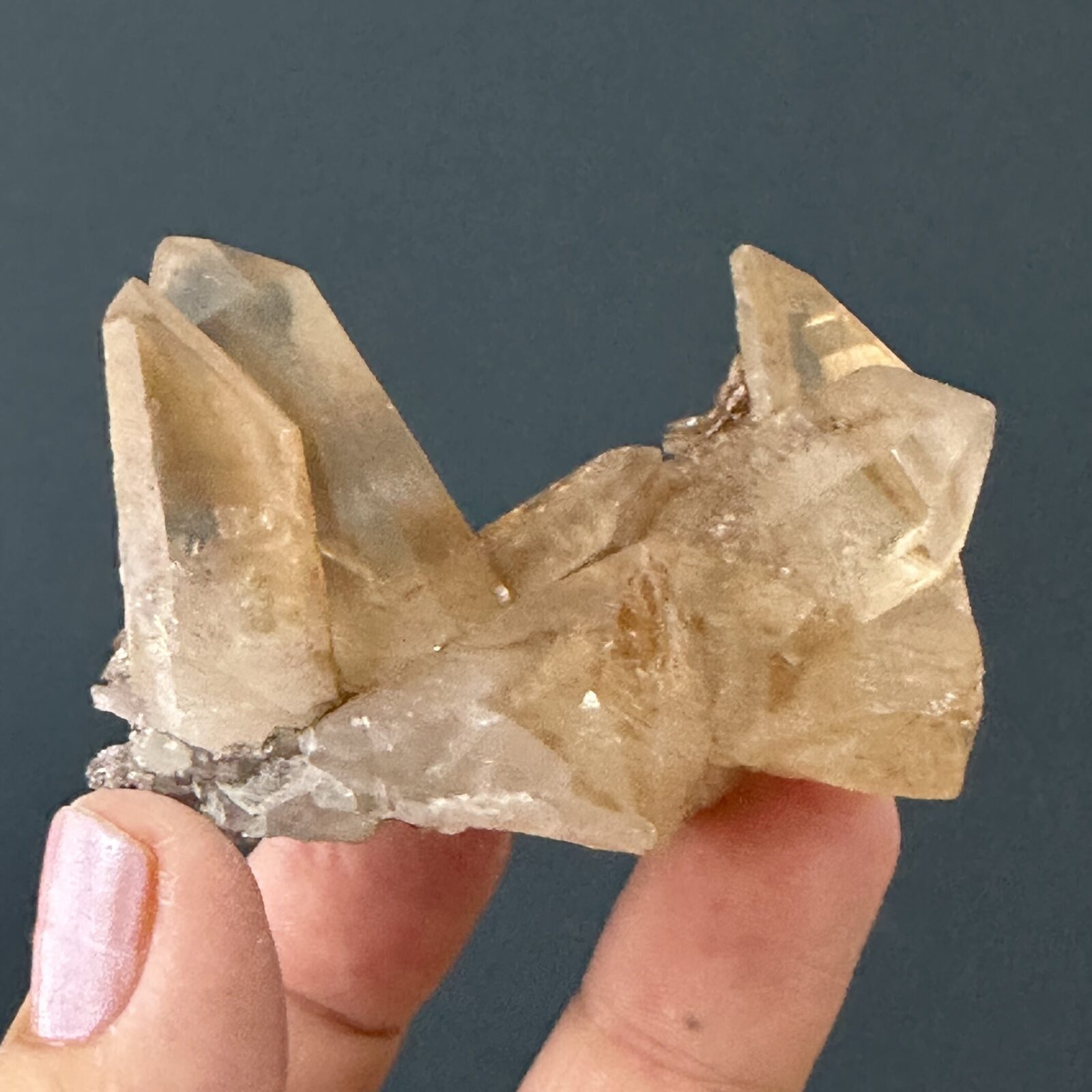 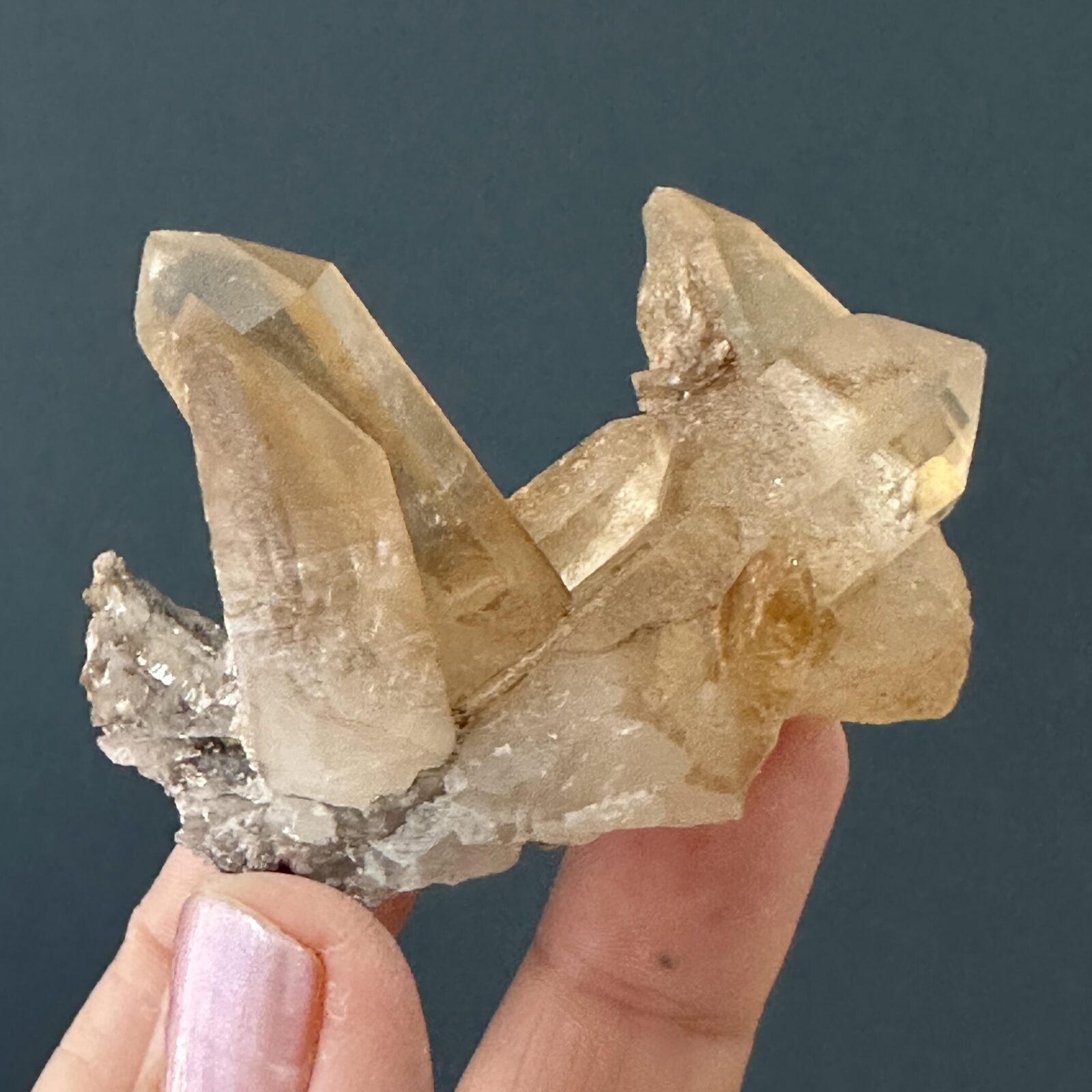 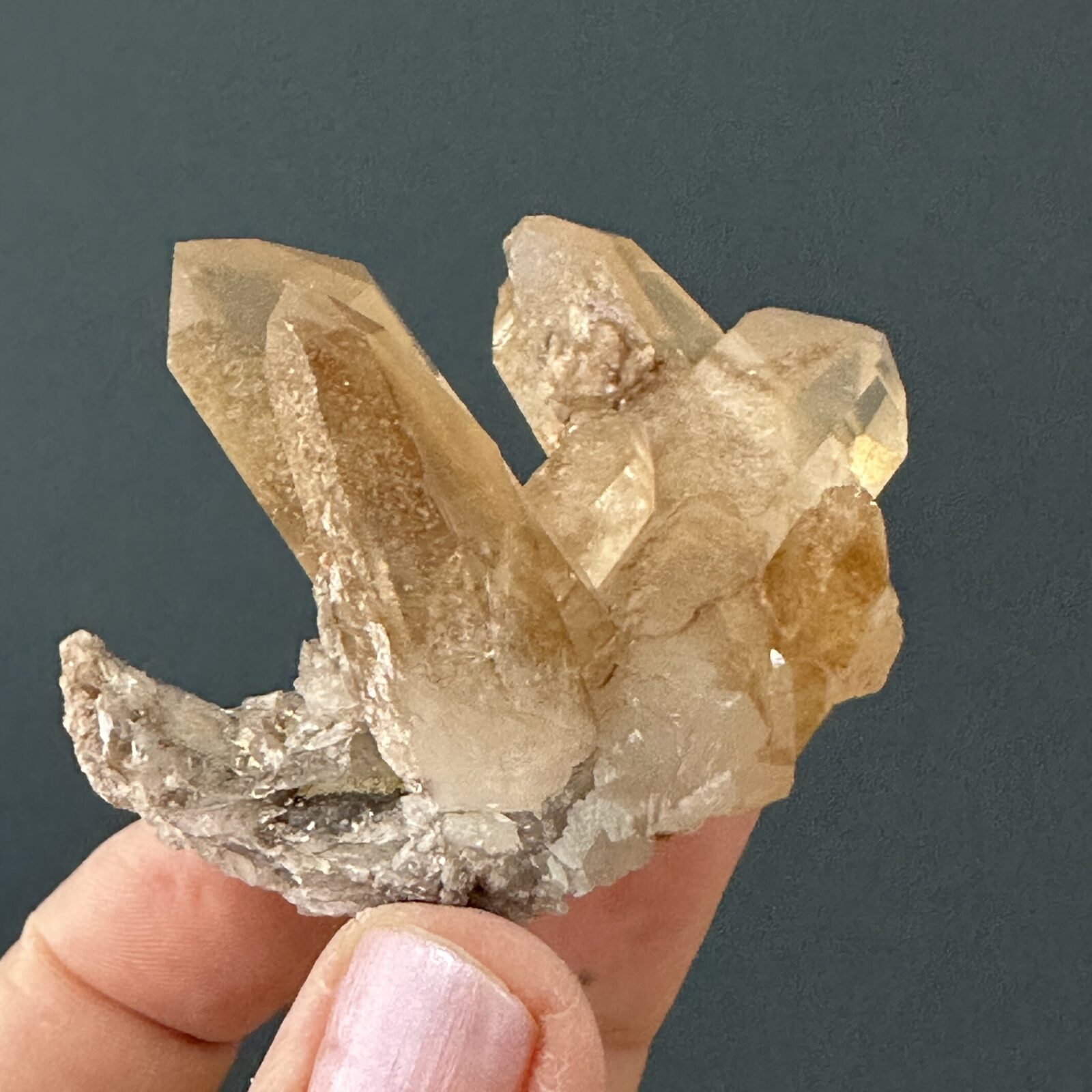 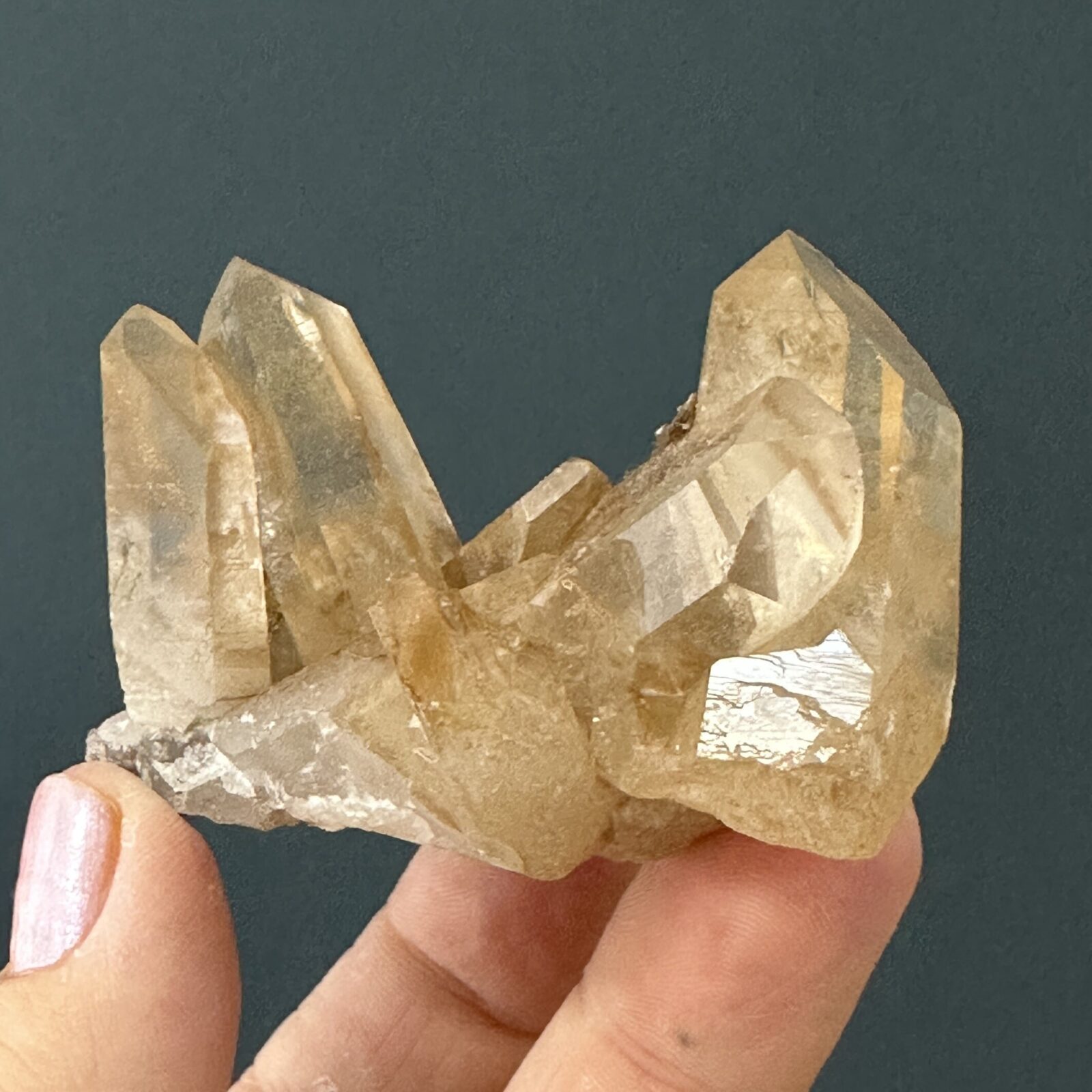 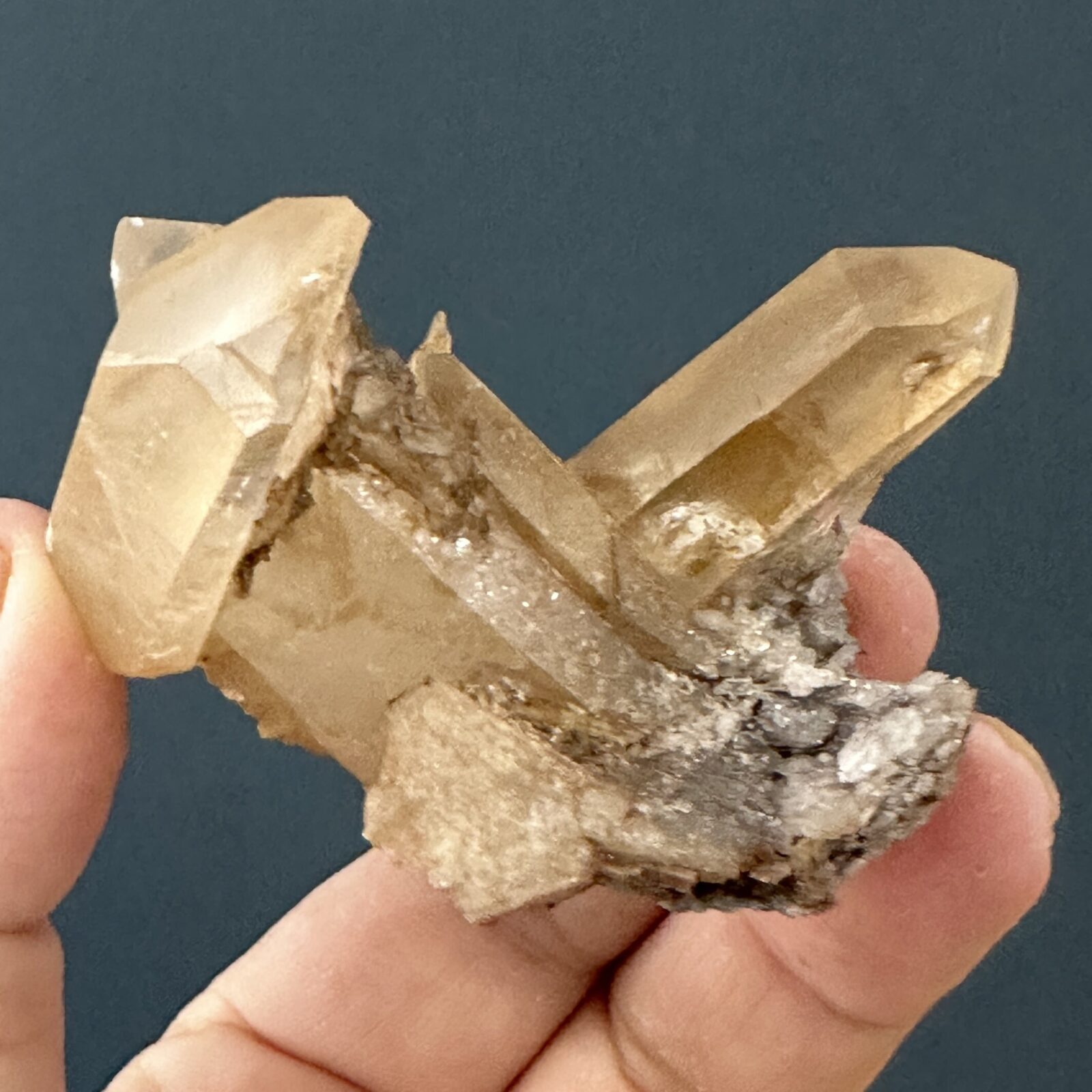 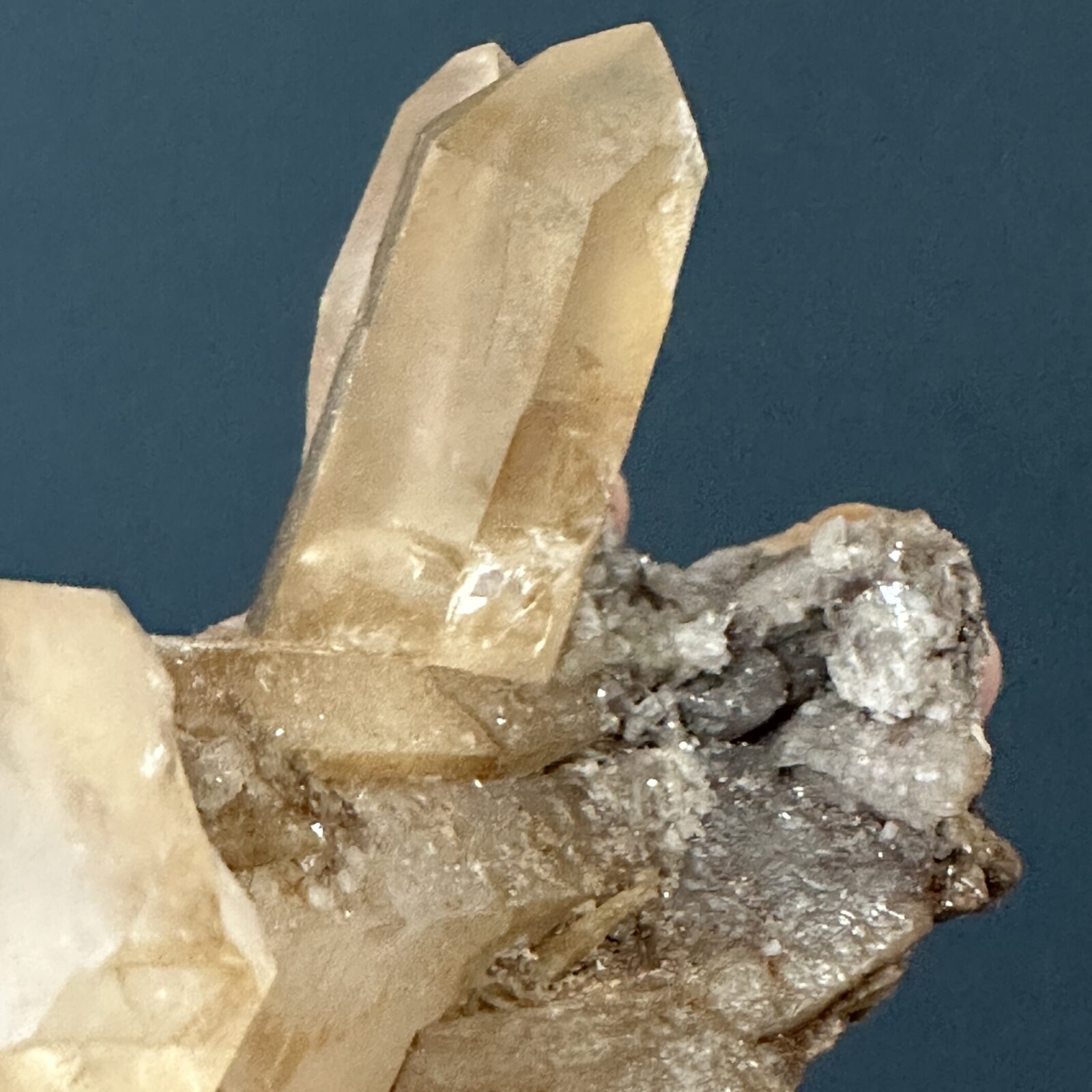 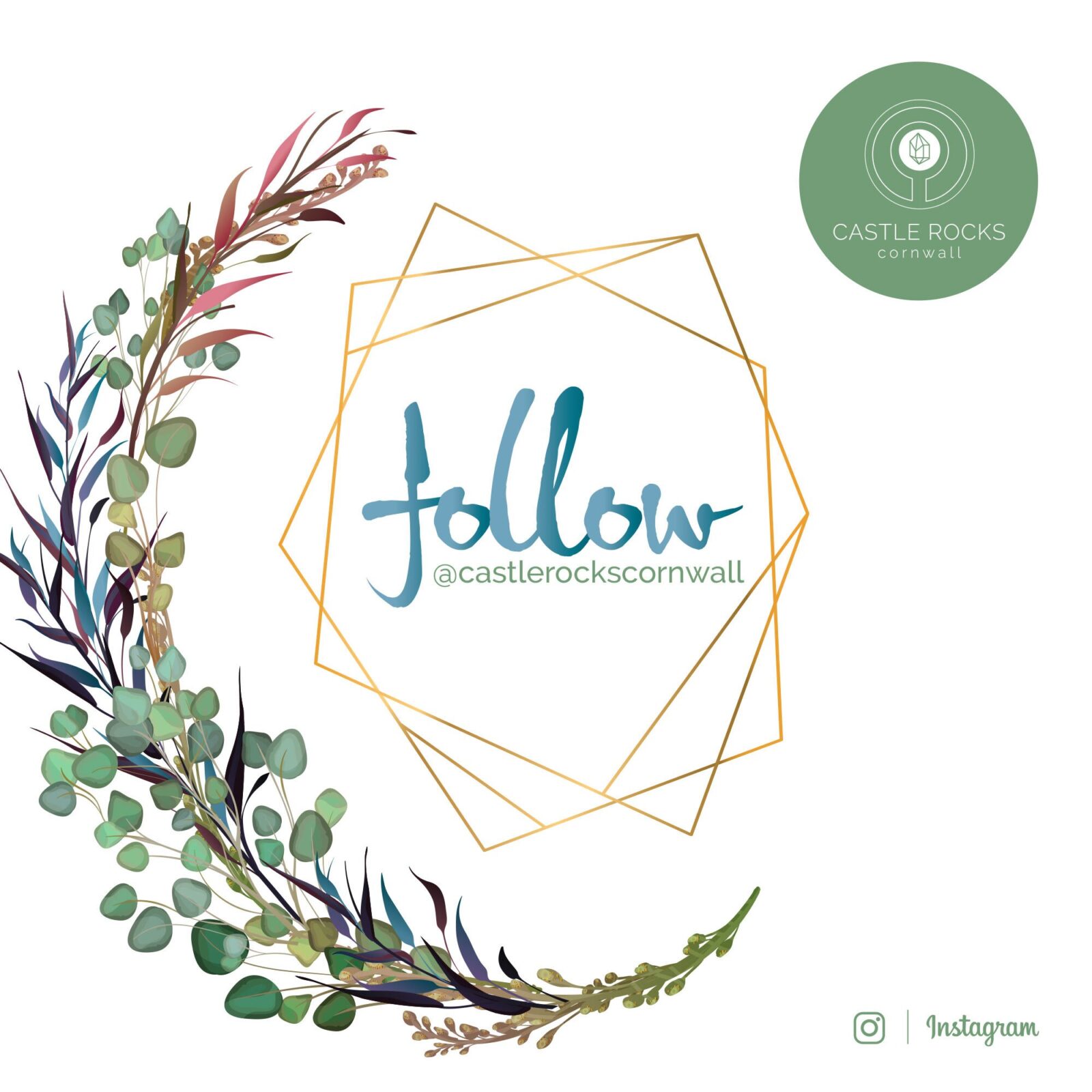 Earn 42 gems upon purchasing this product.

This is a beautiful Golden Healer Quartz cluster from the Serra do Cabral mountain range in Brazil. It comes from the mine next to where the Lemurian Seeds are found.

Golden Healers make me feel so good, from head to toe! Golden Healers are good healers, they resonate with all the chakras and they bring in the pure Golden Ray.

I absolutely understand and resonate with the words of Robert Simmons, he speaks so beautifully about Golden Healers – here is an extract from The Books of Stones:
🙏 When I asked the Being of the Golden Healer Quartz about its nature, it answered, ‘l am the Golden One, the Divine Messenger, the one who rides upon the current of Divine Fire, the one who delivers the Divine Fire. What you feel is the Golden Fire from the Heart of the Universe.
Asking the stone about the nature of its mission in the world, I was shown a beautiful image of a gold-white spire of light touching the Earth and uniting with an unseen point in the sky. I was also shown a memory-image of a golden Sun, from this I understood that the Arkansas Golden Healer crystals are attuned to the Gold-White Ray of spiritual fire, which is the same as the Light many of us feel connected to, and which we endeavour to ground here on Earth. I received another ‘spoken ‘ message from the stone. It said, ‘l can aid in the healing of your bodies, and this is very good but I can also work
with you to heal the world, and that is much better.’ Then I saw an image of people holding Golden Healer crystals, each person glowing with golden Light, and among them formed a web of Light that grew to enclose the whole Earth 🙏

The last statement and words from the Golden Healer make me nod my head in agreement, this is the only way. A web of light holding us, healing us and bringing us all together. In times like this, Golden Healers are called for.

I HIGHLY recommend them.