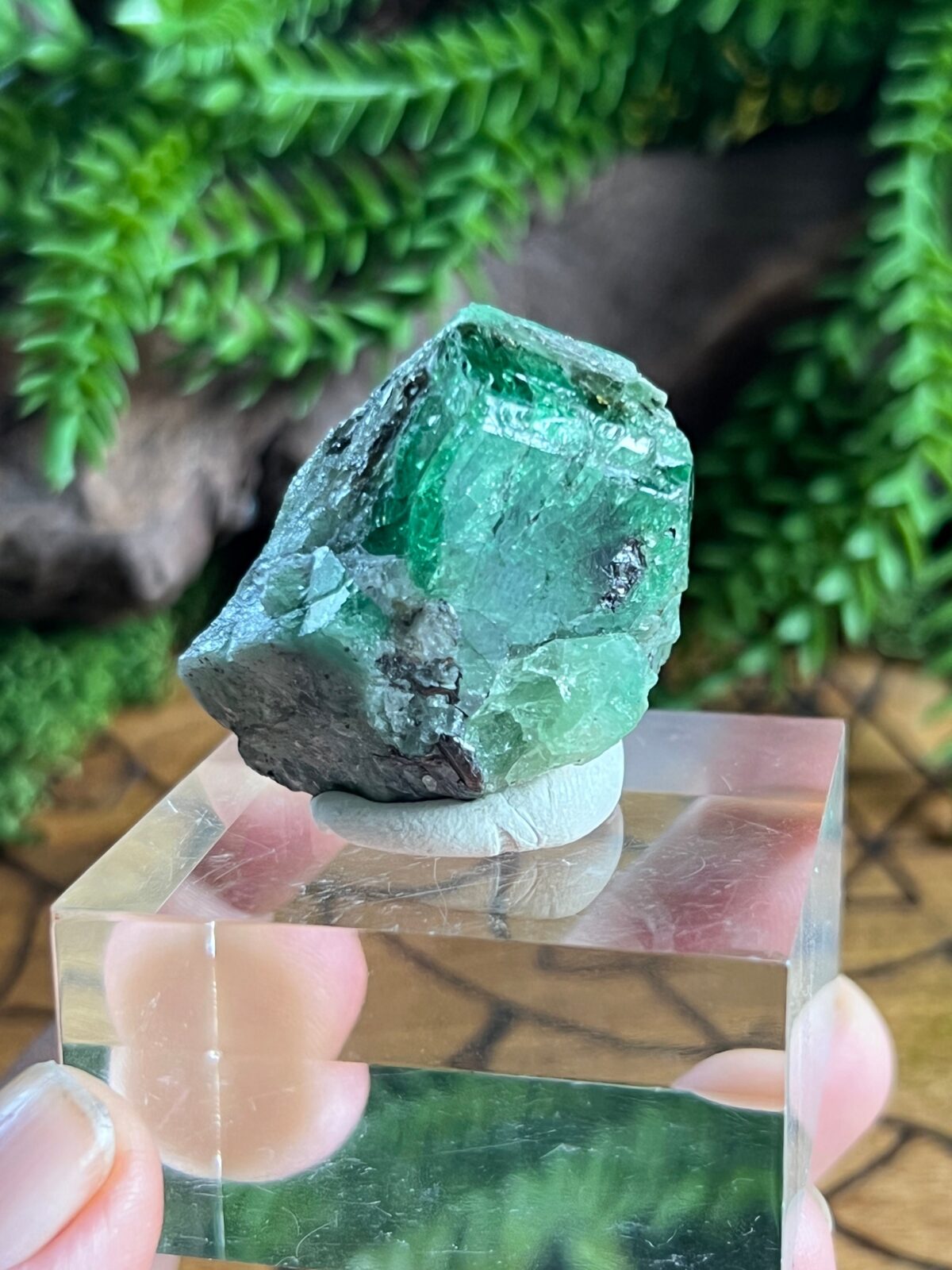 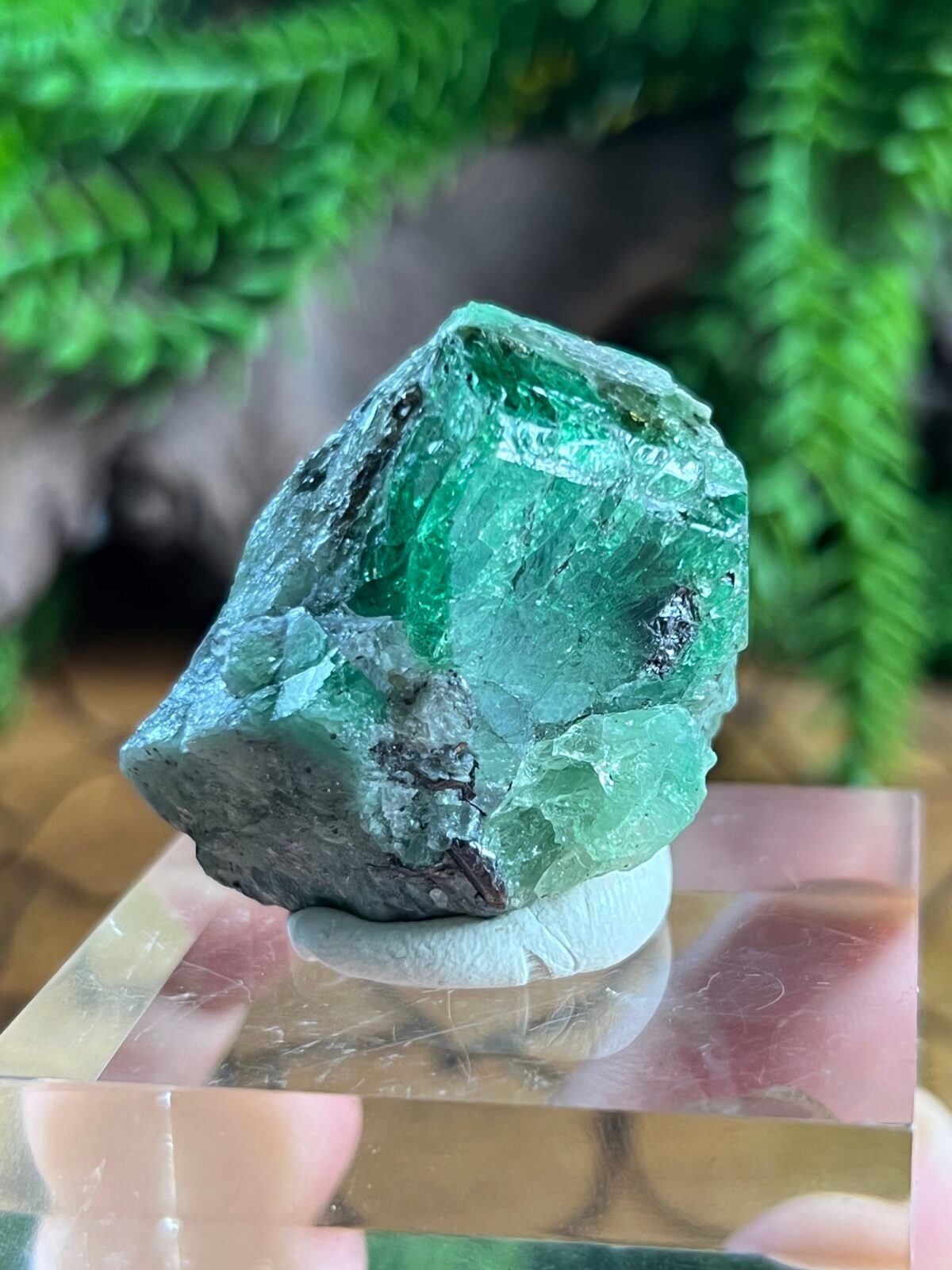 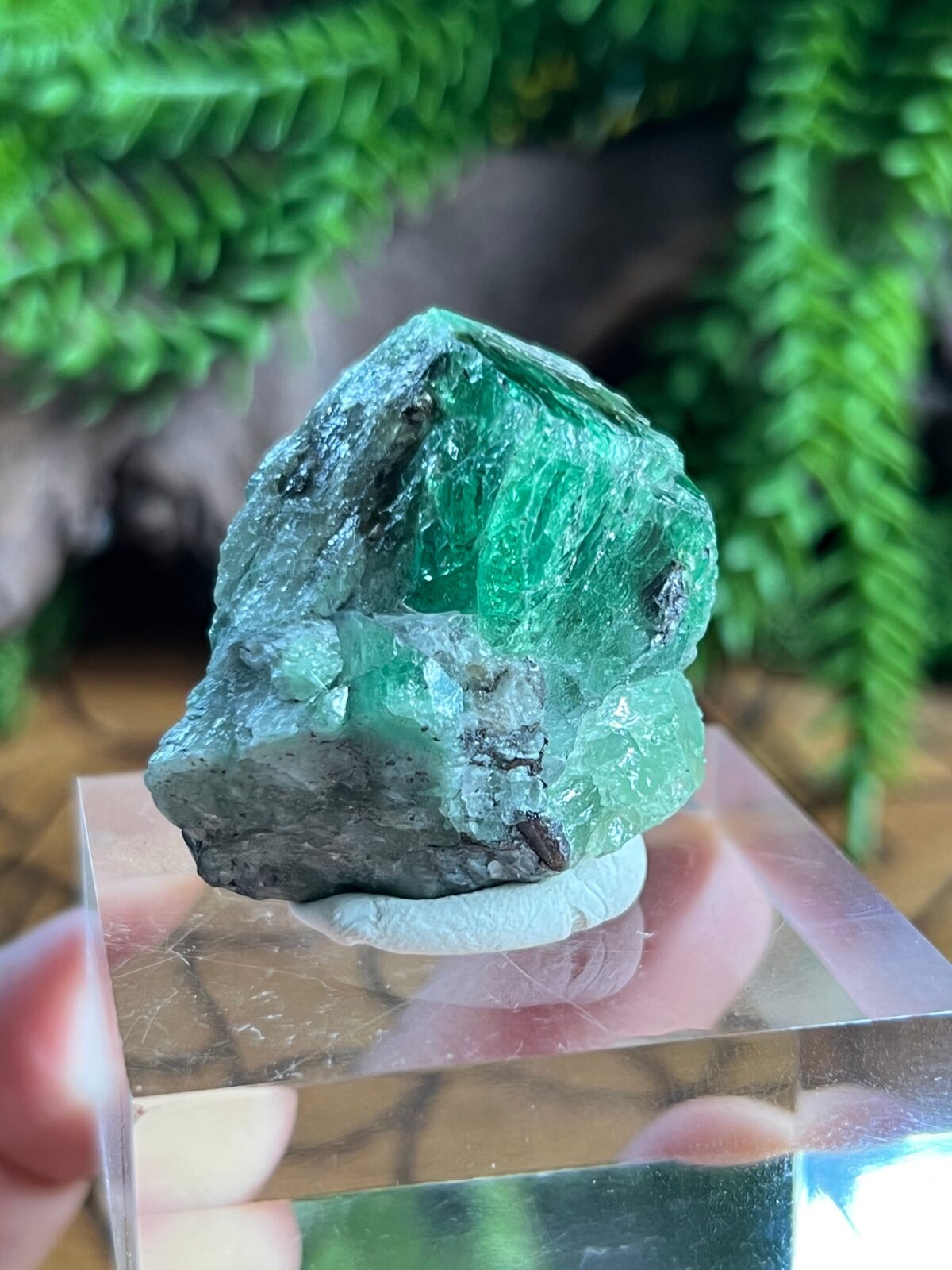 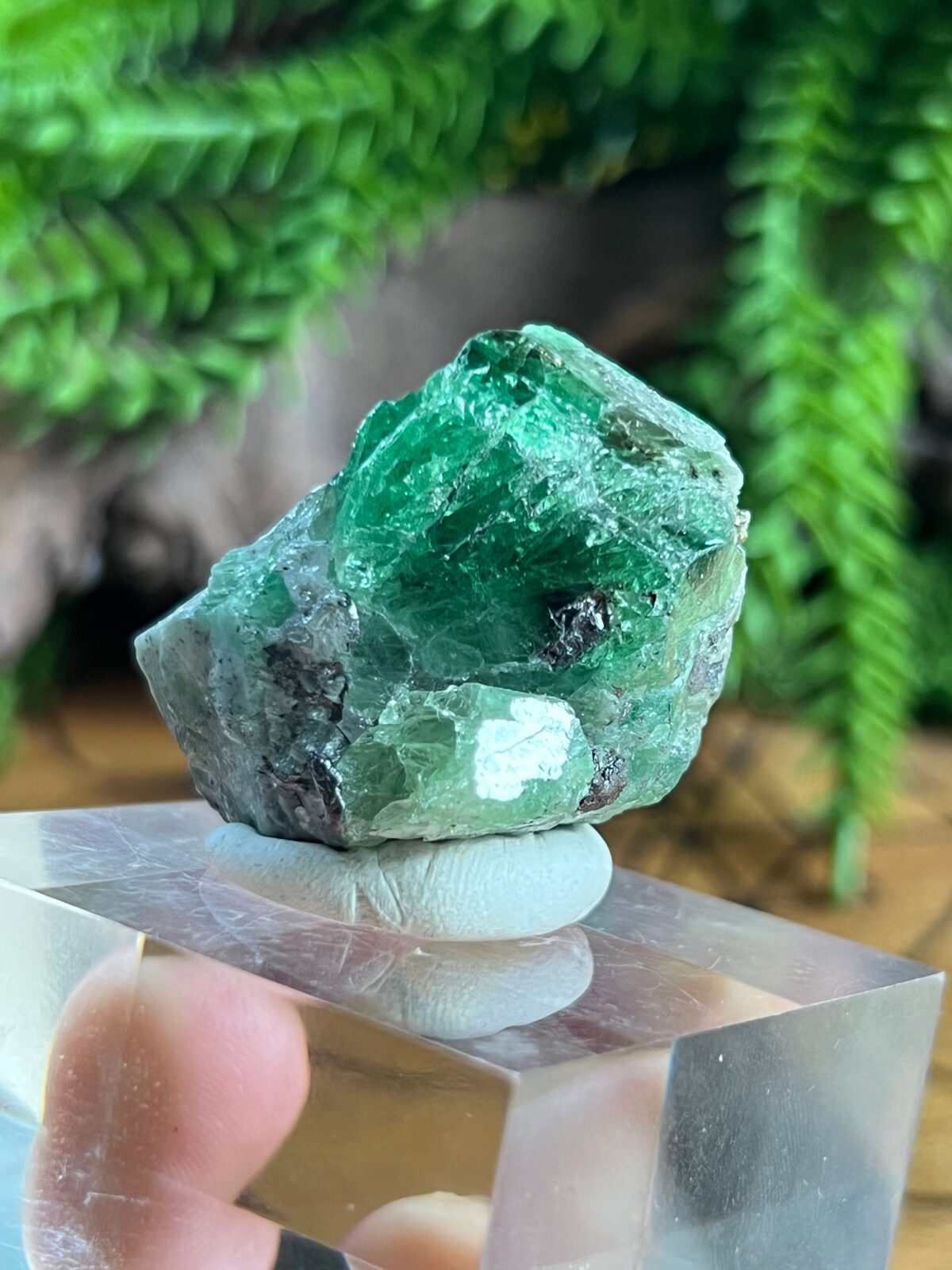 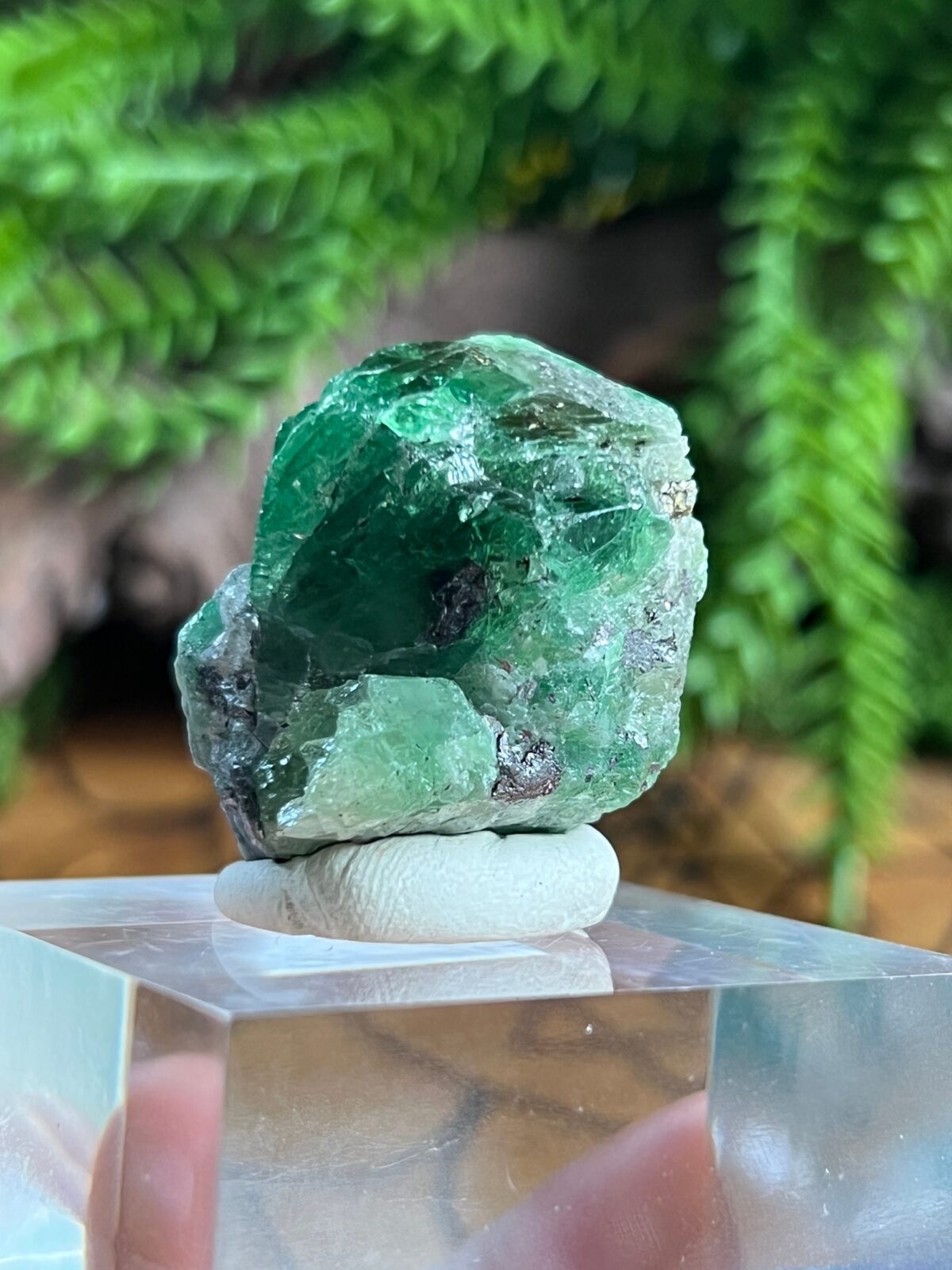 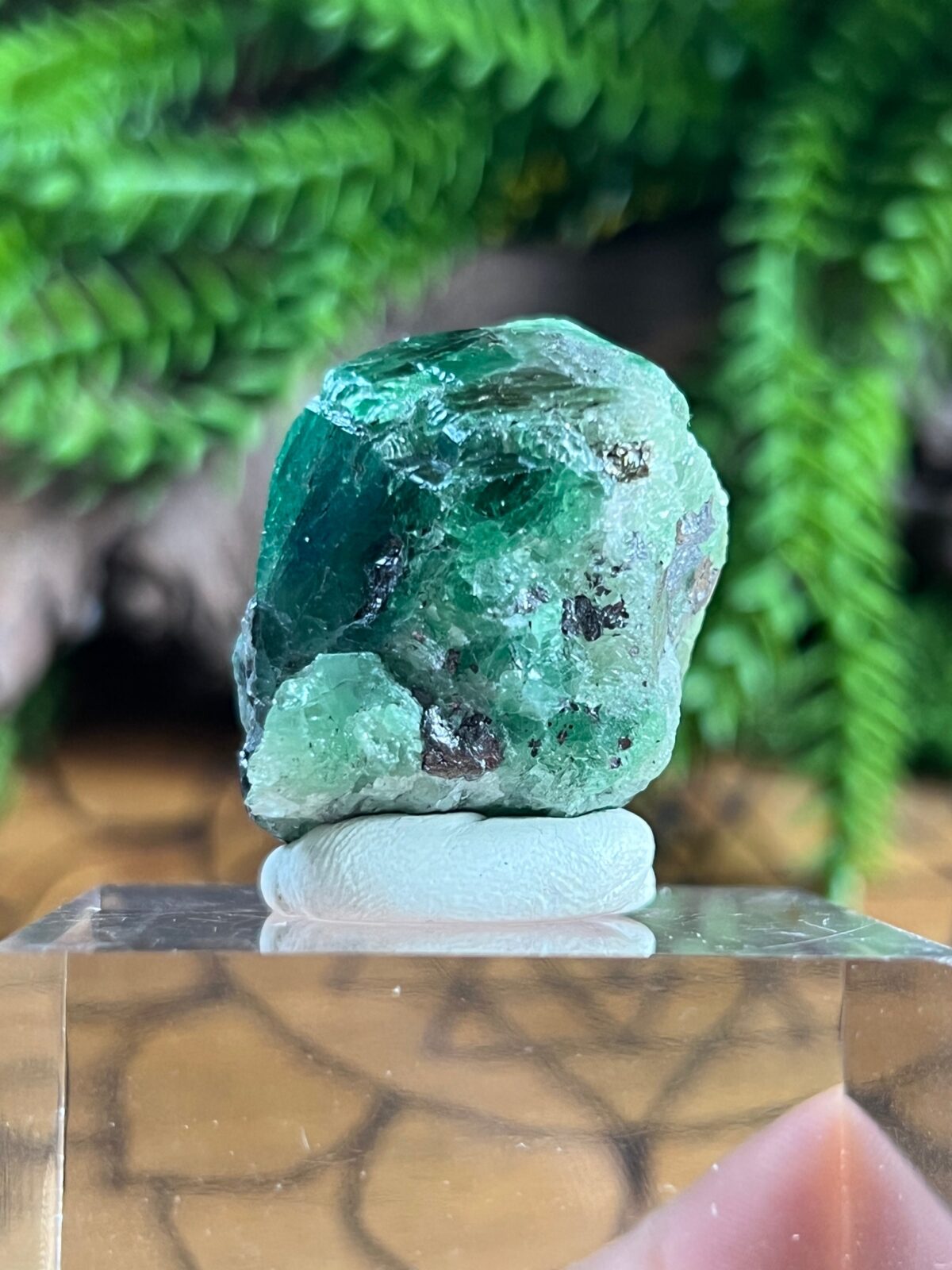 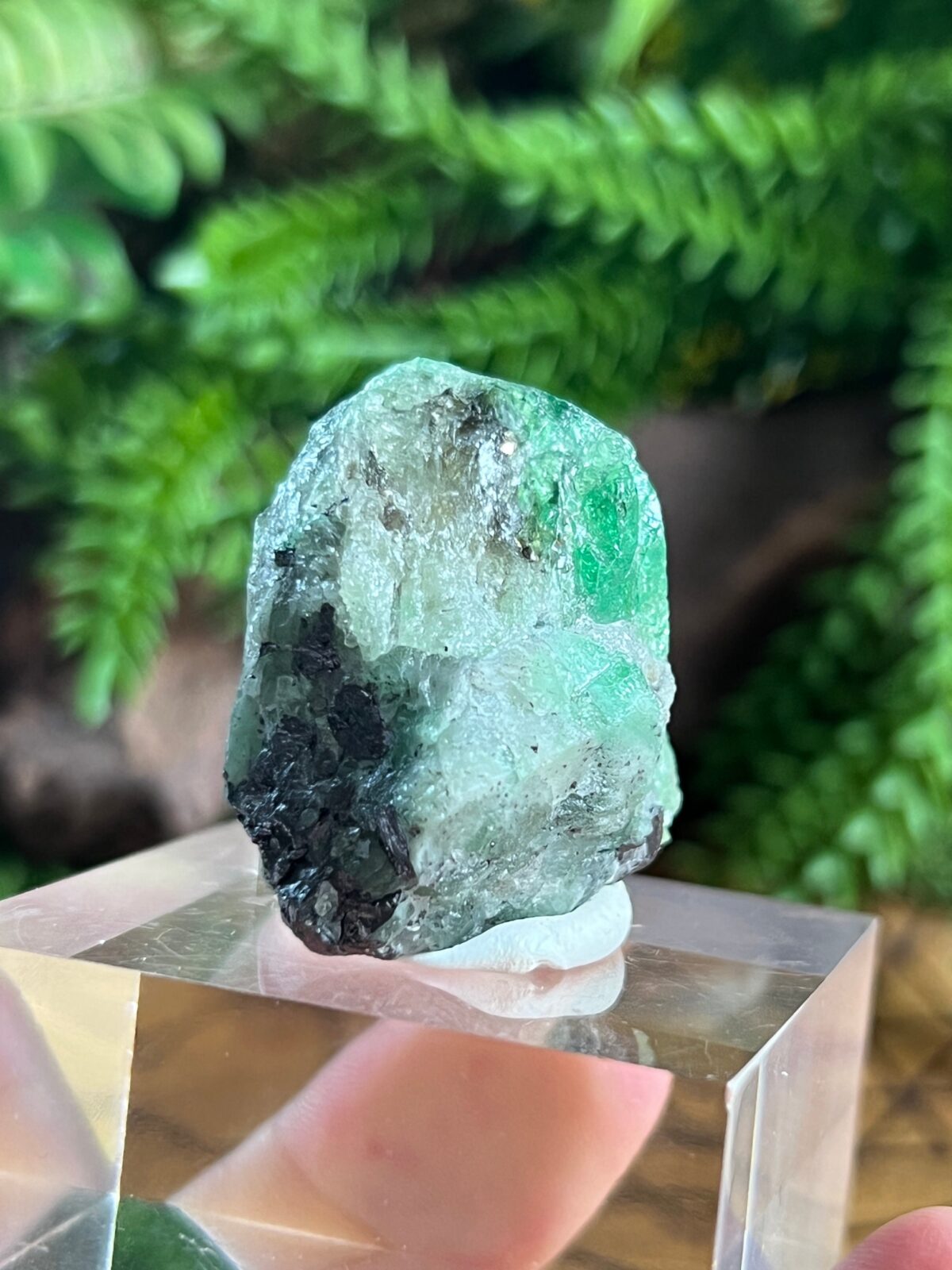 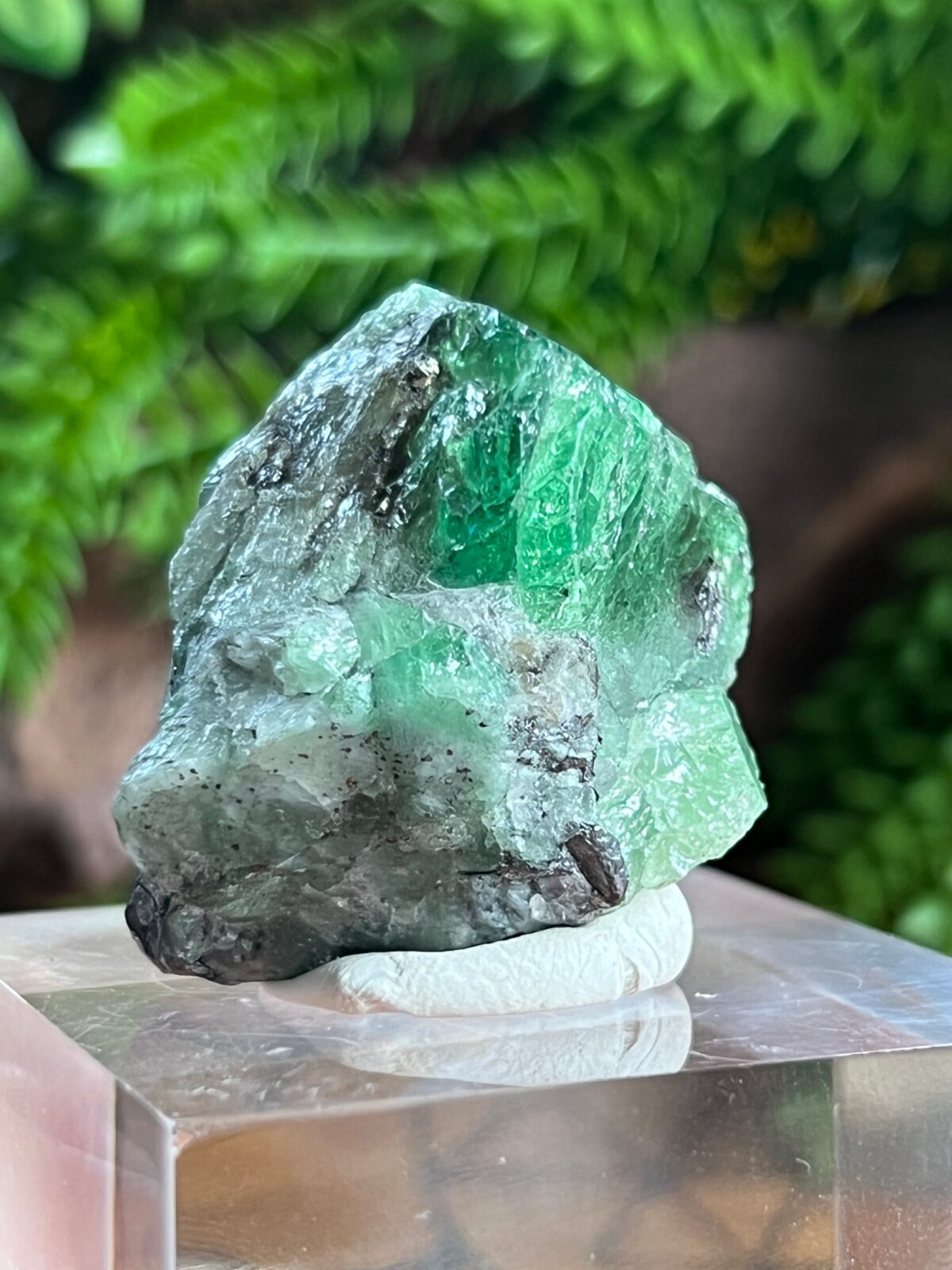 Earn 2500 gems upon purchasing this product.

This is a very lovely Tsavorite Garnet with matrix Pyrite and maybe Sphalerite. This particular one is deep green and very gemmy.

Tsavorite Garnet – One of the rarest gems in the world, rarer than Emerald. It was discovered in the late 1960s and named after Harry Plate, the CEO of Tiffany’s, the grandson of the founder of Tiffany. It is found in Kenya and Tanzania. Named after the Kenyan Tsavorite. The two pieces I have come from Kenya.