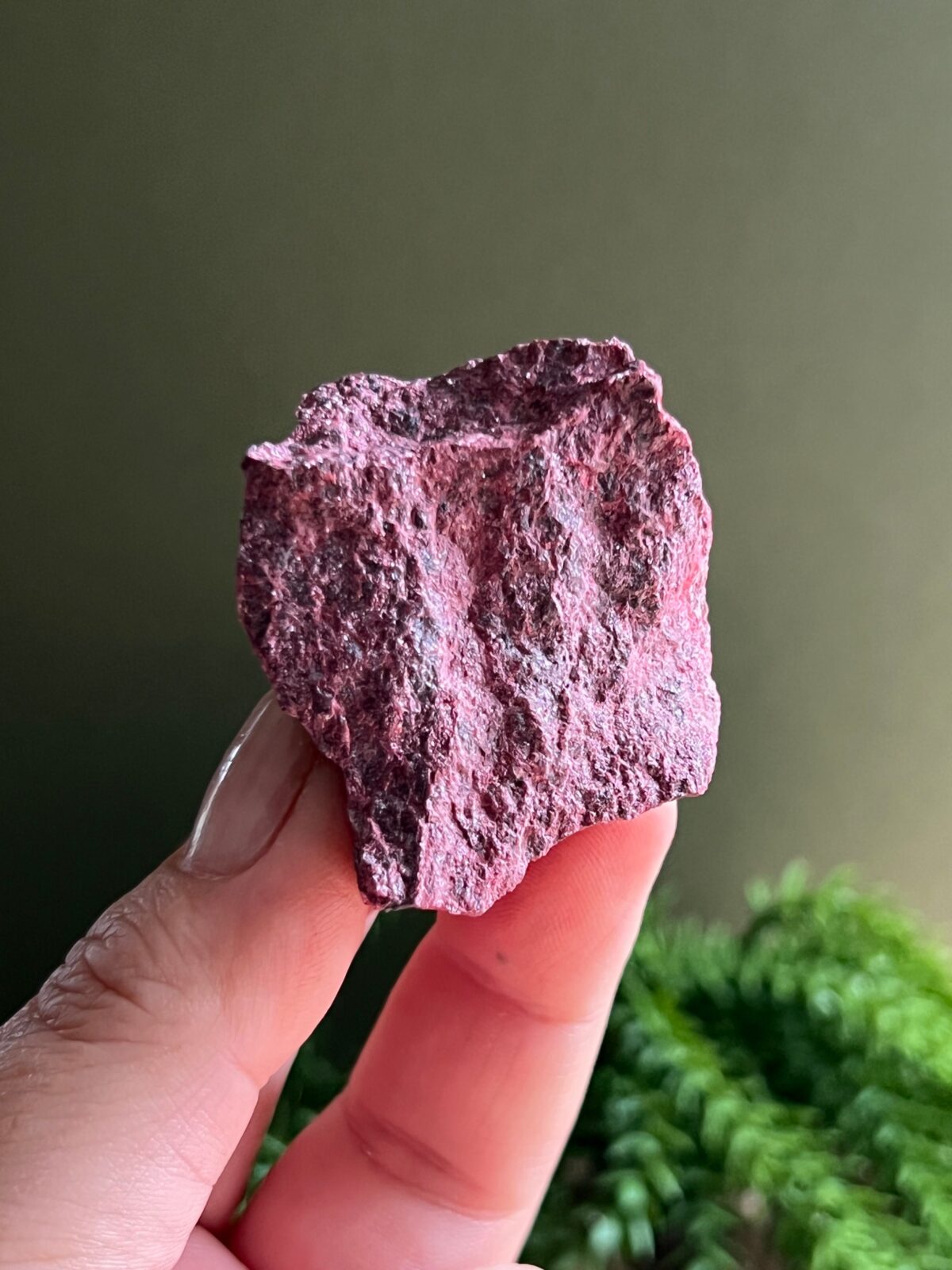 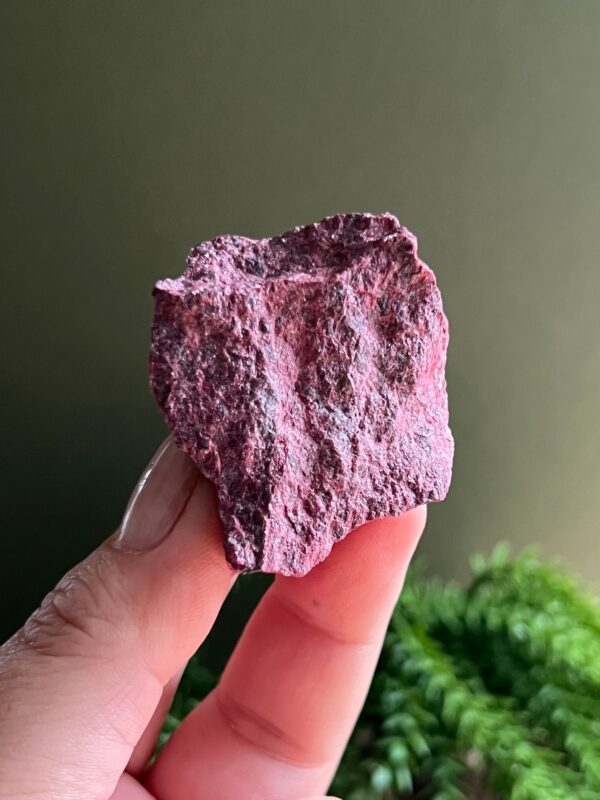 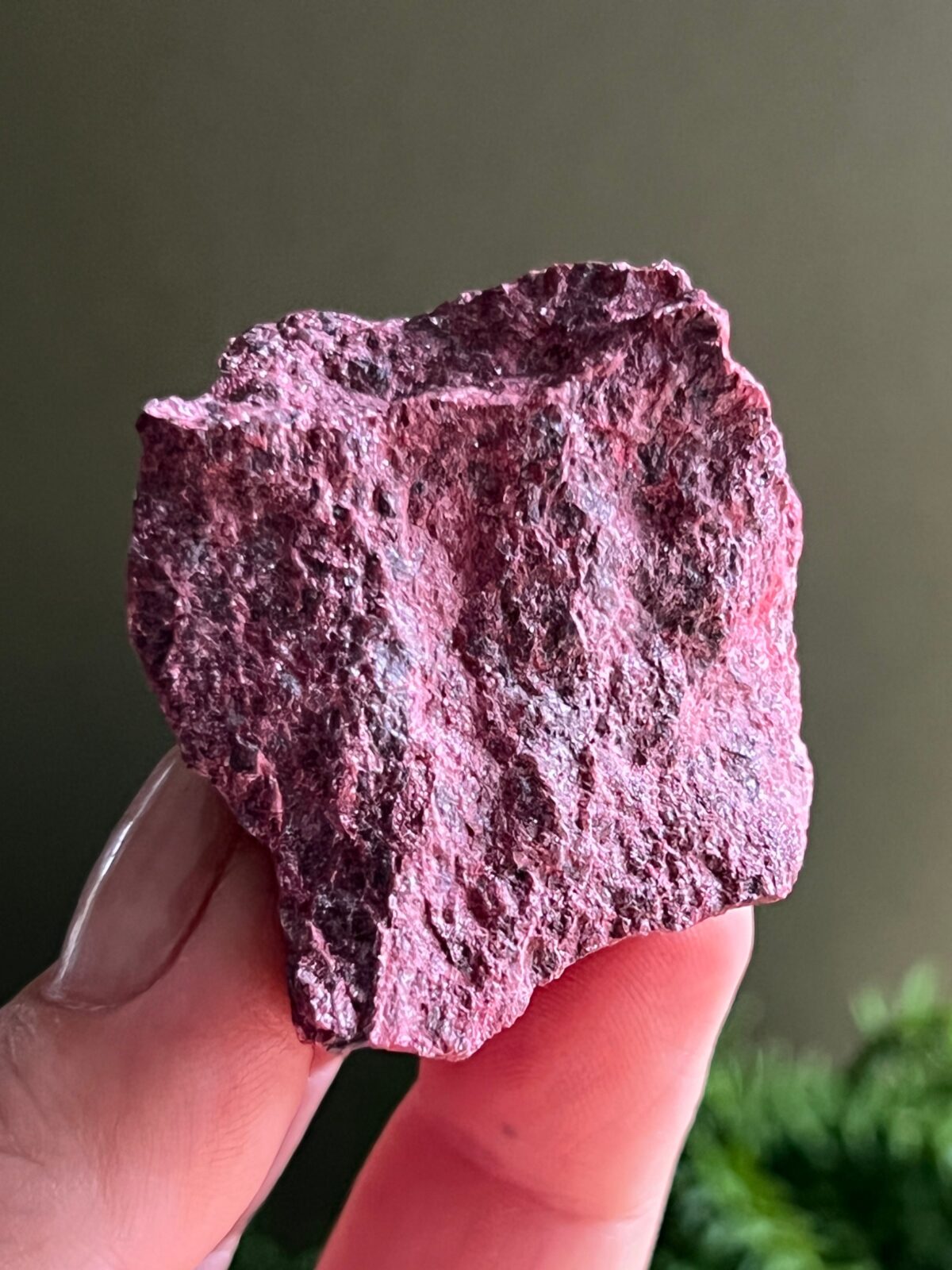 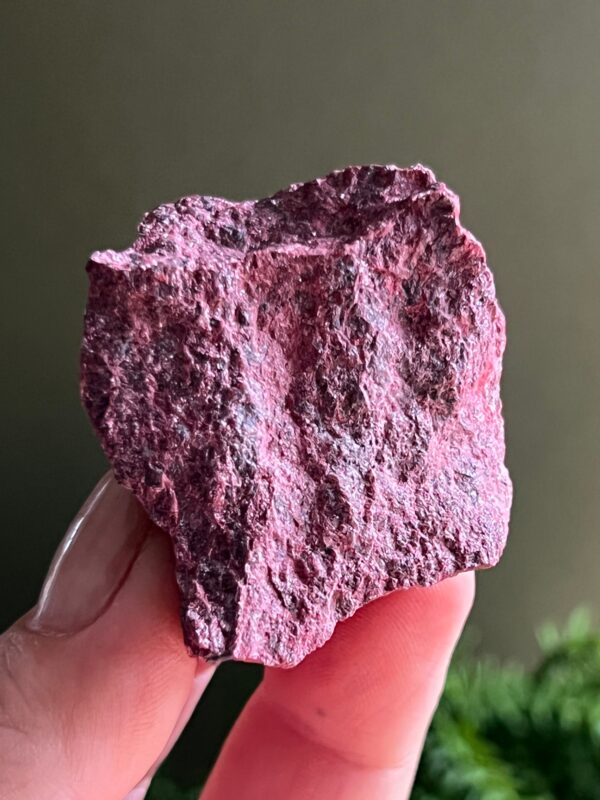 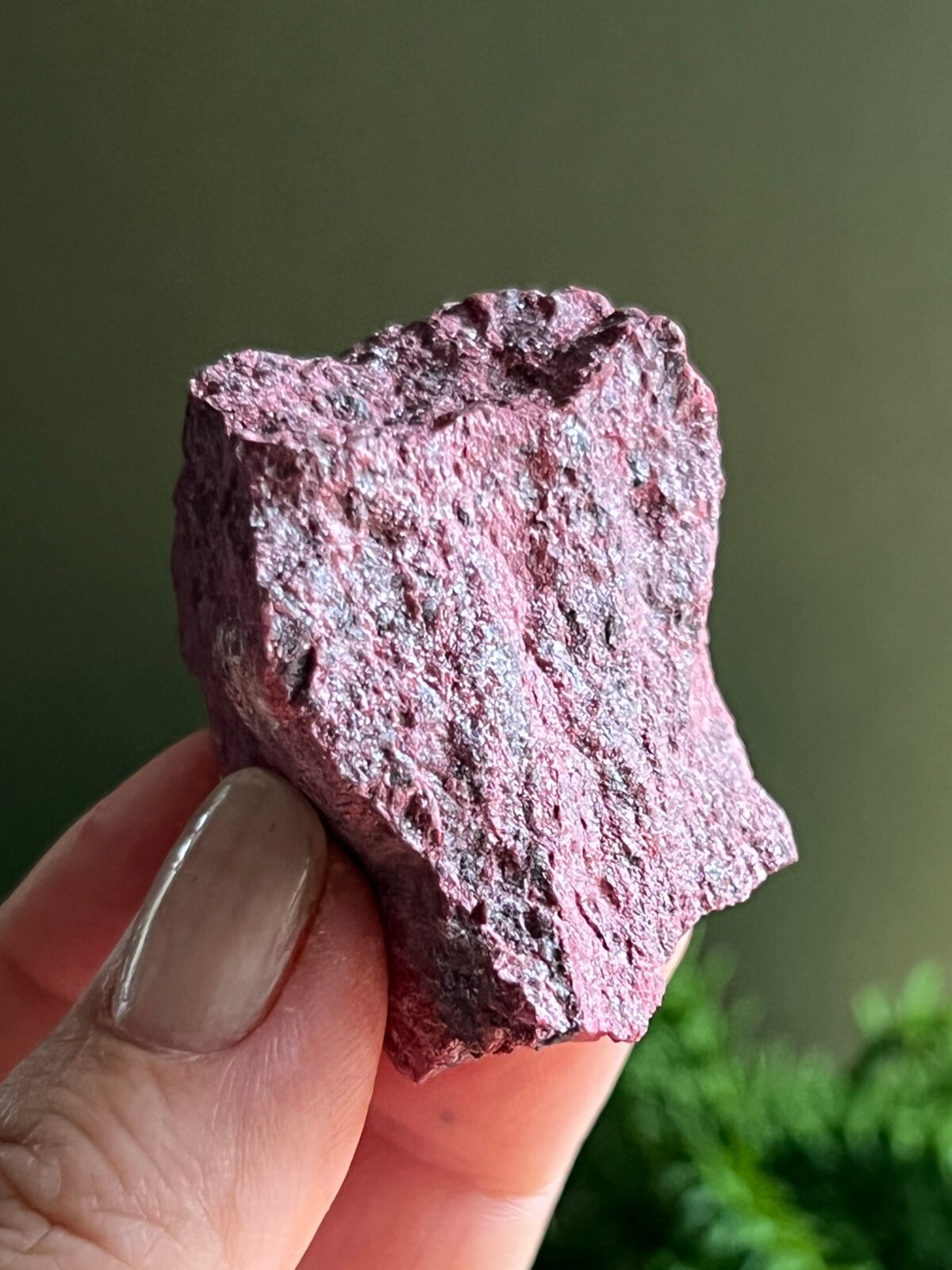 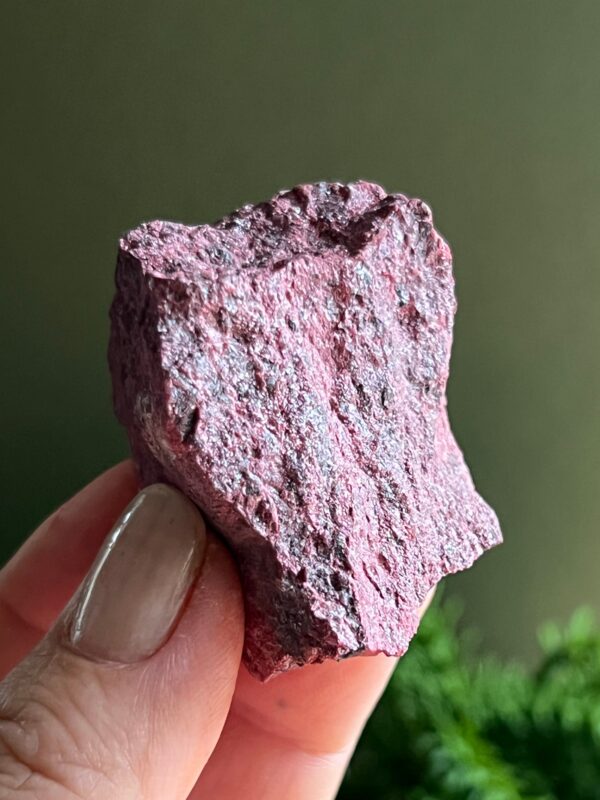 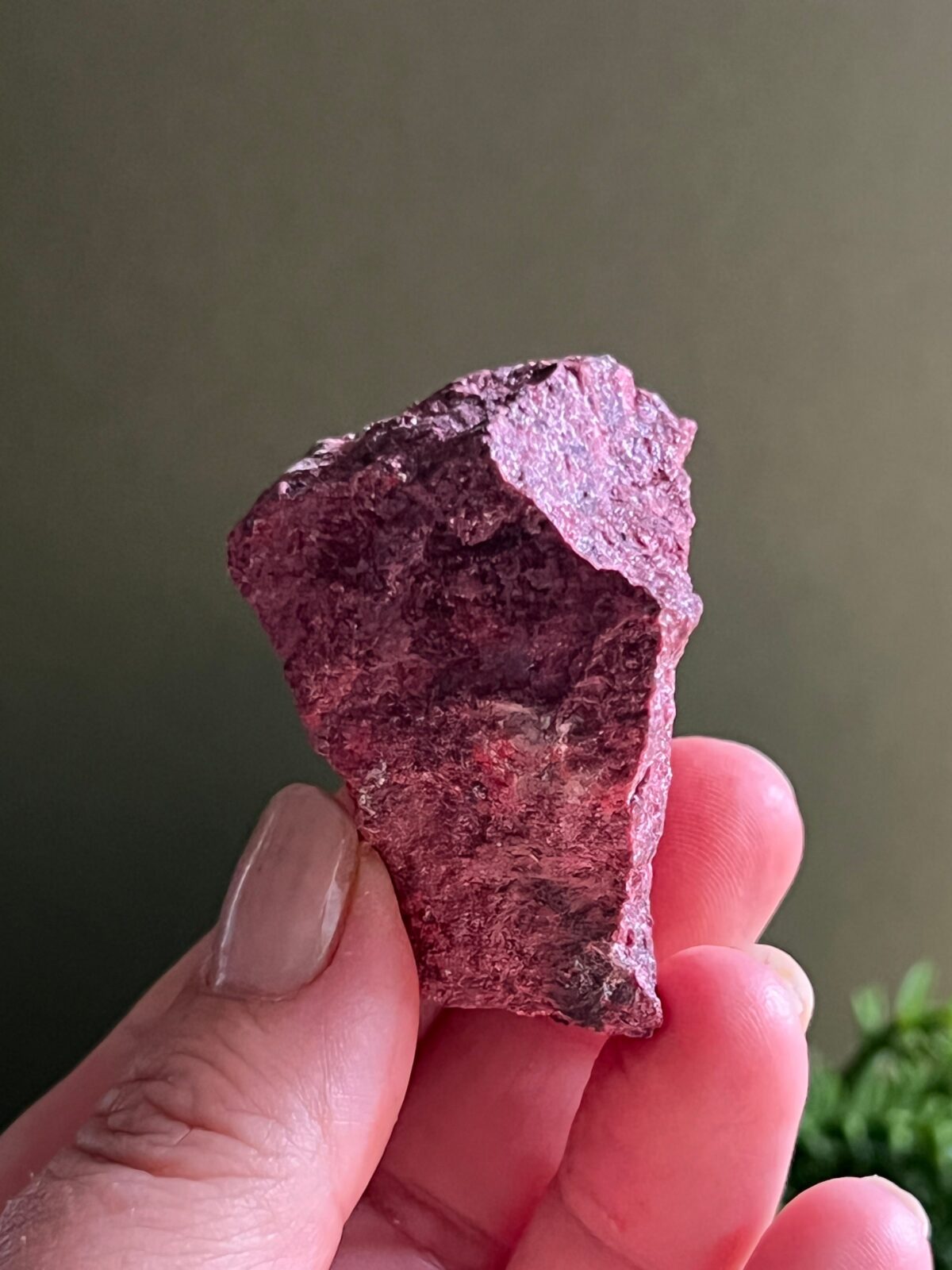 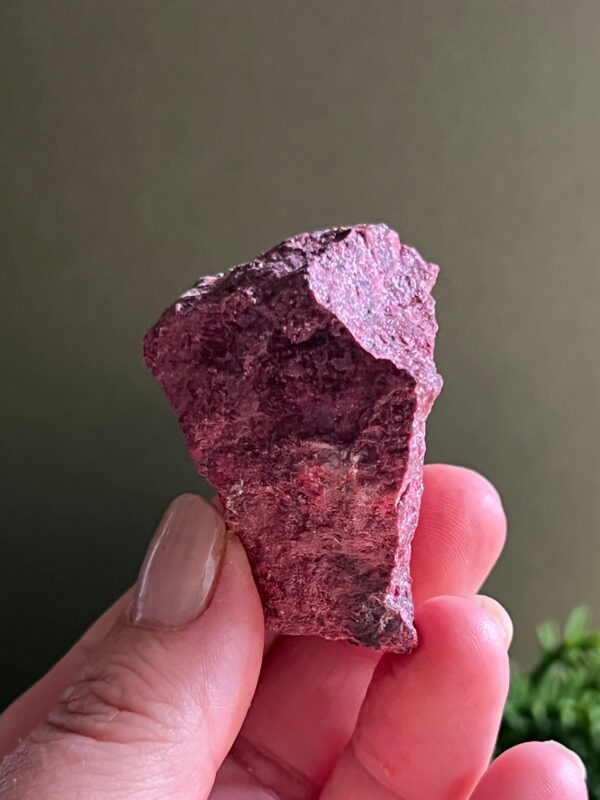 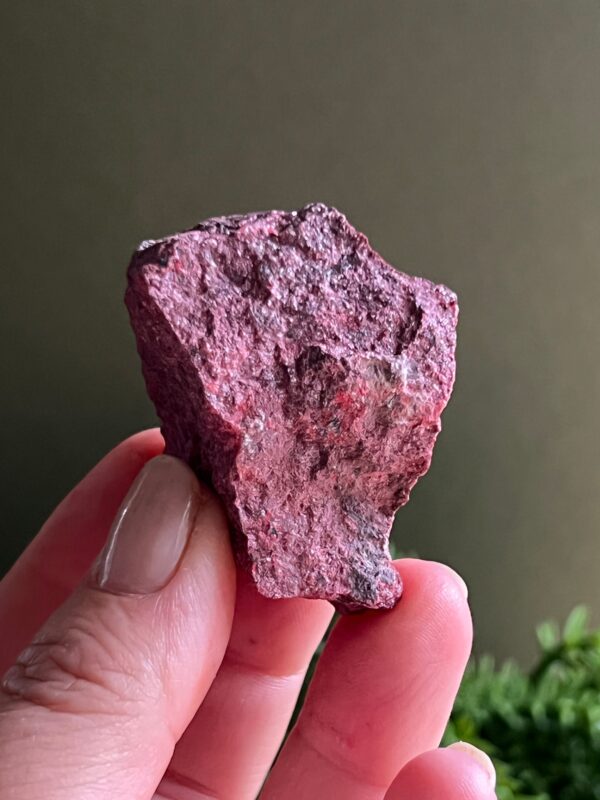 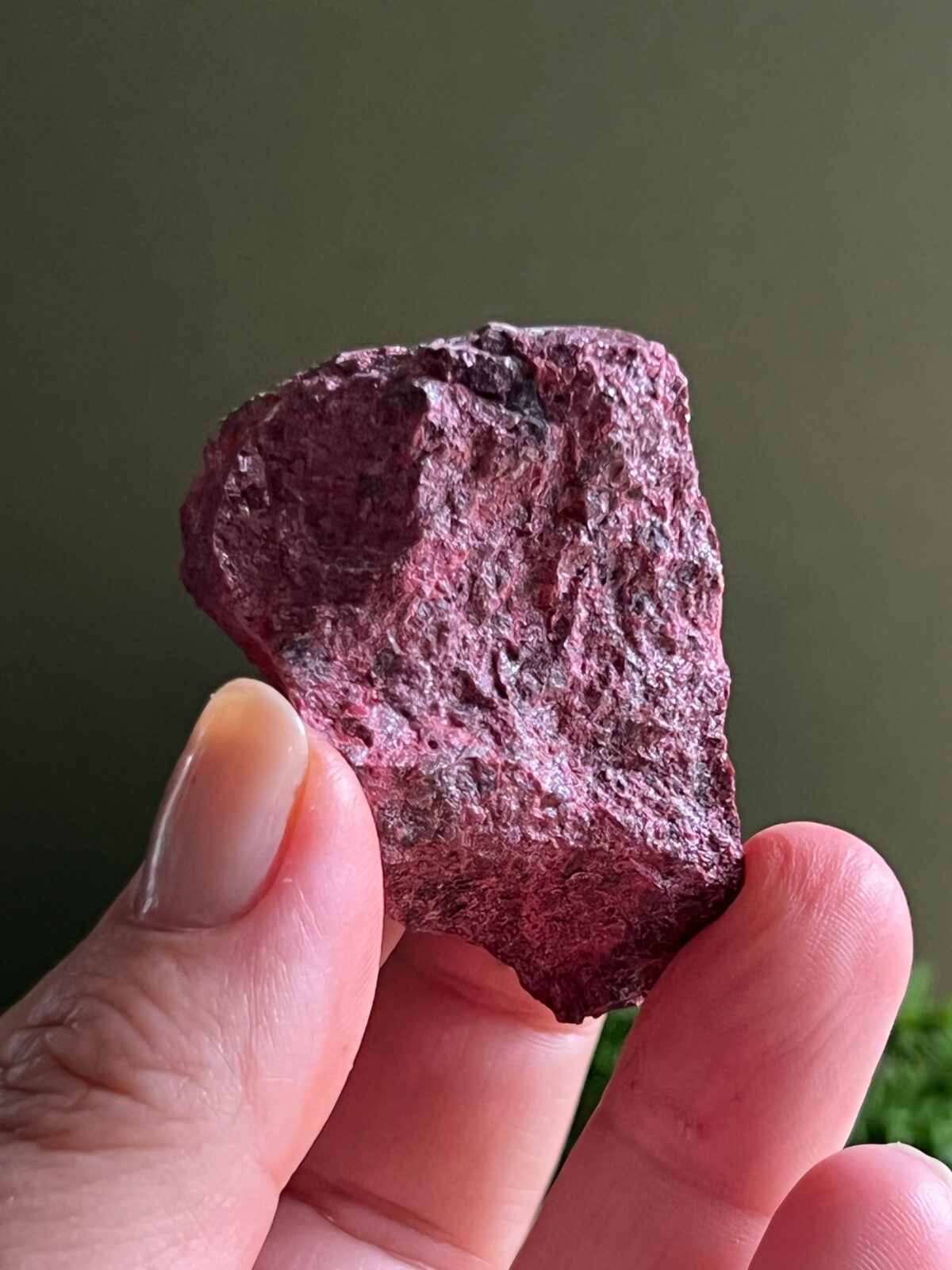 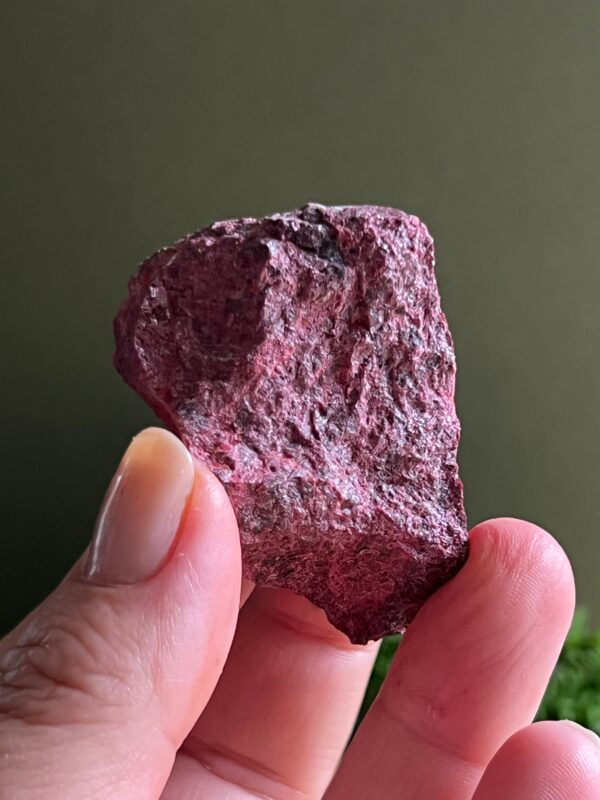 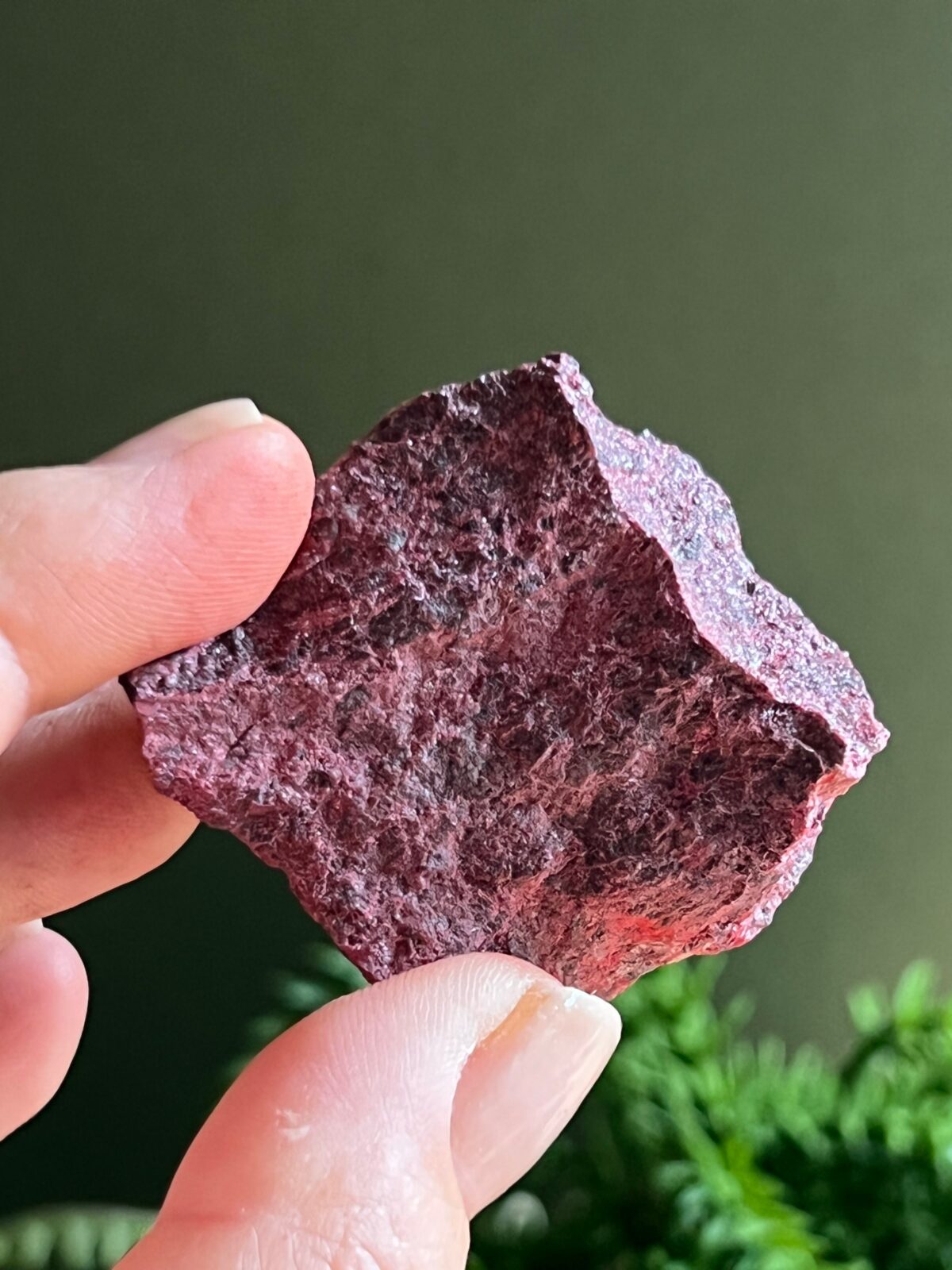 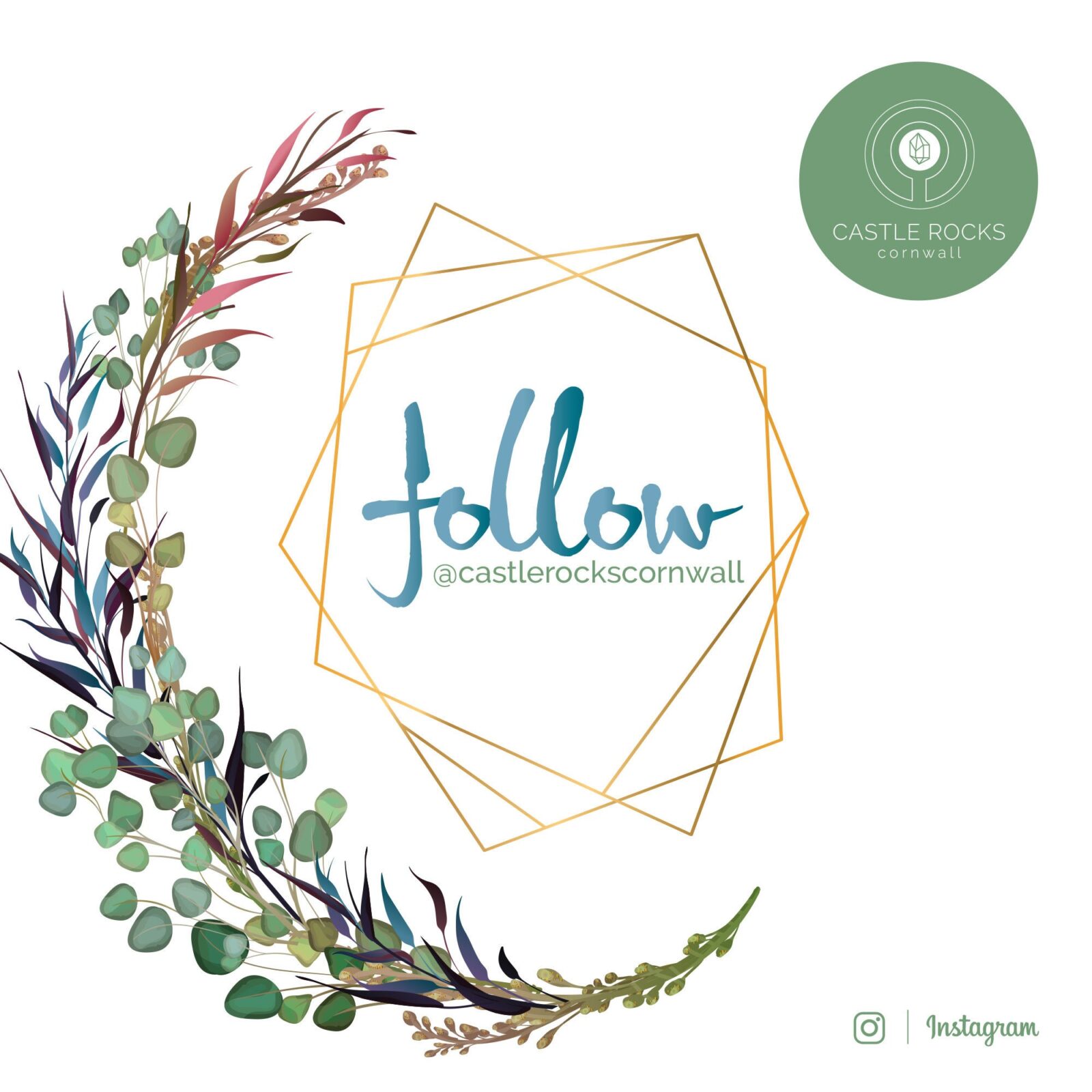 Earn 40 gems upon purchasing this product.

This is a very nice piece of rough Cinnabar. The colour is great, excellent quality.

Cinnabar is a mercury sulfide mineral with a hardness of 2 to 2.5. Its crystal system is trigonal. Its colour is vermilion red. Cinnabar forms in thick tabular, rhombohedral and prismatic crystals which are often twinned. It forms around volcanic vents and hot springs and may also occur in sedimentary rocks associated with recent volcanic activity. Cinnabar is the principle form of mercury ore and is processed to produce refined mercury.
Since mercury is a toxic material, caution should be used in handling Cinnabar. Cinnabar sometimes forms in conjunction with Quartz, and Cinnabar Quartz is perhaps the most beneficial form of Cinnabar for metaphysical use. The silication of the Quartz protects and binds the Cinnabar, as well as magnifying its energetic properties.

ROBERT SIMMONS talks about Cinnabar Quartz and tell us that they are talismans of the alchemical transformation from self to Self, the full manifestation of one’s spiritual blueprint, the fulfilment of the Divine pattern we carry within. This requires burning away the dross of one’s imperfections and refining what remains into the pure essence of the Higher Self. Cinnabar Quartz can be a powerful ally in this.
In addition to the first two chakras, Cinnabar Quartz stimulates the third eye, making for greater insight and the ability to see visions of the potential future. It helps one ground one’s visions in physical reality as well. This makes it an ideal stone for creative people as well as business owners, both of whom can use it to actualize their dreams and create prosperity.
The alchemical nature of this stone fits perfectly with the understanding that it can align, balance and remove blockages in one’s energy body. Such attunement is at the core of transformation.
Also, such attributes as the ability to attract wealth and manifest ‘invincibility’ are components of the full range of capacities one might ascribe to the fulfilled blueprint of what one is meant to be.

One might also say that Cinnabar Quartz is the stone of the Magician archetype. The Magician acts as a conscious conduit between the spiritual and material worlds. Through the direction of personal will, in alignment with Divine will, the Magician can tweak the currents of universal flow in order to manifest its various gifts in this world. If one feels a kinship to the Magician archetype, Cinnabar Quartz can assist one in acting with true results in the Magician’s way.
Cinnabar is a mercury sulfide, and this mineral is aligned with the god Mercury, also known as Hermes or Thoth. These stones can aid one in manifesting such traits as mental agility, speed of thought and intellectual brilliance, for which these gods are known. All are attributes of the Divine Human which these stones help one to become.

Really sorry, everyone.  As soon as this pop-up disappears, normal services will resume.